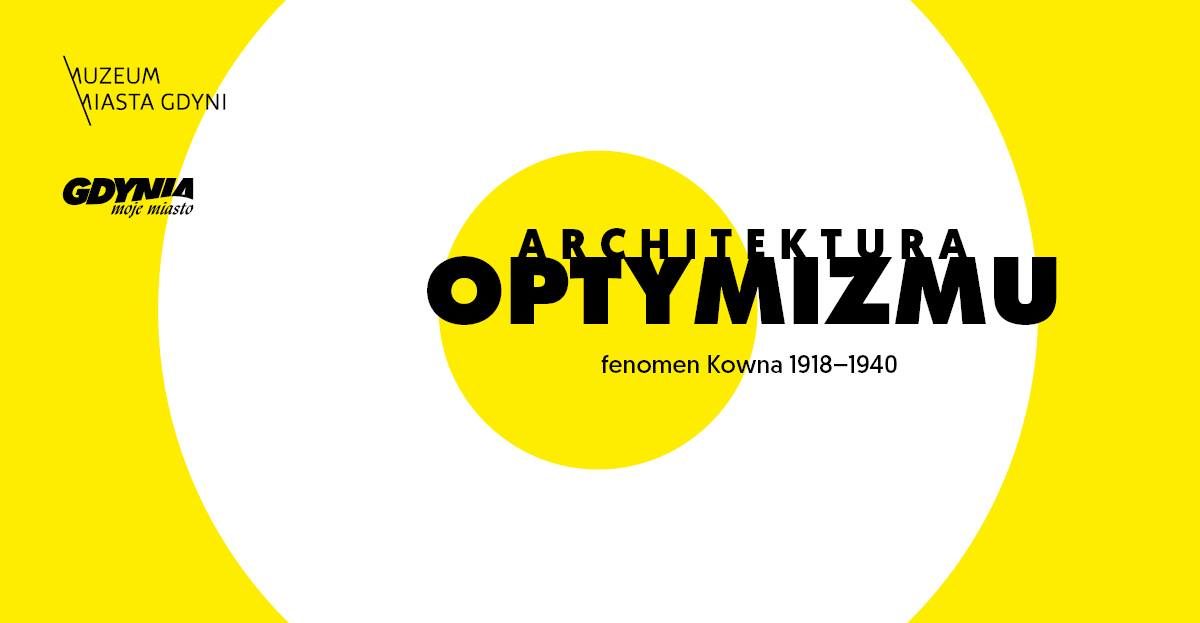 ARCHITECTURE OF OPTIMISM. A PHENOMENON OF KOWNO 1918–1940
Ehibition: 15.02 2019, at 6:00 p.m
Place: Muzeum Miasta Gdyni, ul. Zawiszy Czarnego 1, Gdynia
From: 16.02 to 17.03.2019
curators: Marija Drėmaitė, Giedrė Jankevičiūtė, Vaidas Petrulis
designed by: Matas Šiupšinskas, Ieva Cicėnaitė, Linas Gliaudelis
Organizer: Litewska Narodowa Komisja UNESCO
Co-organizer: Muzeum Miasta Gdyni
The exhibition financed by: Ministry of Culture Lithuanian Republic
Strategic partner: Ministry of Foreign Affairs of Lithuanian Republic Partner: Kaunas 2022 – European Capital of Culture
Partner: Lithuanian Institute of Culture
Honorary patronage: Honorary Consulate of Lithuania in Gdansk
Programmes related to the exhibition: „Architecture of Optimism. Phenomenon of Kaunas 1918 – 1940” on the occasion of the Lithuanian Independence Day
16 February 2019
10:00 A guided tour of Gdynia modernism provided in English
12:00 Presentation of modernistic architecture of Kaunas, involving a discussion panel „City, architecture, modernity: modernism in Gdynia and Kaunas”
13:30 The promotion of publications related to the exhibition: „Architecture of Optimism”, Phenomenon of Kaunas 1918 – 1940” and an architectural guidebook „Kaunas. XX–XXI century”
14:30 A guided tour of the exhibition „Architecture of Optimism. Phenomenon of Kaunas 1918 – 1940”
3 March, 14:00 a guided tour of the exhibition
17 March, 14:00 a guided tour of the exhibition
Modernistic architecture of Kaunas is the reflection of political, social, economic and cultural optimism, so typical for all the capital cities of new European countries. Transformation of the city, taking place after 1919, when Kaunas was proclaimed the temporary capital city, bordered on the miraculous. In 20 years the identity of the city changed radically and its inhabitants reared up more than 12 000 new buildings, transforming the city into an elegant, modern European capital city. After the II World War, during the Soviet occupation, modernist architecture of interwar Kaunas played the pivotal role as the testimony of the lost statehood, a symbolic window on the West and an example to follow for Lithuanian architects. Nowadays, this heritage for Kaunas is an important determinant of its identity and it expresses the genius loci of the city. It is not only the city, the exhibition tells us about. It involves also the issues concerning increasing hopes and lost hopes as well, creative efforts, fascinating, inspiring optimism, migration of ideas and forms, indigenousness and community, art and freedom, war and oppression. It tells the story of transition of former forms and ideas and their relation with the contemporary times.
Contest: ‘We love Gdynia monuments’
Do you love Gdynia and know how to present its most impressive assets? Are you into modernism and architecture? Maybe you simply like trips?
The contest ‘We love Gdynia monuments’, in which the author of the most interesting route can win as much as 2000 zlotys.
You don’t have to be a tourist guide. Everything you must do is shortlisting the places you want to show, browsing a map and plan a route which would seem the most interesting for those who would like to see what Gdynia looked like before. The city, in cooperation with National Heritage Institute Board of Poland, is searching for interesting ideas for both: walking or bicycle trips, lasting for a few hours or even one-day long ones. The registration for ‘We love Gdynia monuments’ contest started on 15.02 and it is going to end 25.03.2019. How can you participate? You have to register on www.zabytek.pl and submit your own proposal of a route along the monuments of Gdynia listed on this portal – from modernist tenement houses to the objects built at the time when Gdynia was established. Apart from the route and location of the buildings, it is worth to provide some descriptions, additional information or photos in order to encourage tourists to follow the route. Attractiveness and a the author’s own contribution will be taken into consideration while making a judgement. It is worth to put some effort into preparation of the route because the winner will receive prize money worth 2000 zlotys. The prize has been funded by Gdynia the city. The winner will be announced on 24th of April, during the gala on the occasion of International Day of Monument Preservation in Museum of Emigration in Gdynia.
If you have got any questions or objections concerning the contest please send us an e-mail message at kontakt@zabytek.pl. You will find more information on the website, in website tab: ‘contest’.