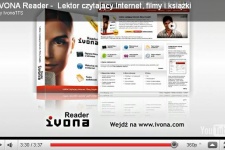 The idea of Gdynia Modernism Route is to directly engage the participants, including tourists, by means of numerous attractions, a network of partner points or Mini Museum where we can e.g. find useful materials, presentation of the route, or ask about interesting things along the route.
The main point where tourists are served is the City Tourist Information Centre at 24 10 Lutego Street. There you can also start the city game called "Riddles of Gdynia Modernism" (beta version), as well as book a guide.
Along the modernism route you will also find other useful tools such audio guides with descriptions of two main routes:
Route 1: "10 Lutego Street – South Pier"
Route 2: "The Swiętojańska Street"

The guides will soon be available on the website, apart from the Polish language version, read by Musical Theatre actor and presenter Rafał Ostrowski, we are also working on English and German language versions. These versions will be read by best translating devices available on the market – IVONA which are manufactured by a Gdynia company IVO Software from z Pomeranian Science and Technology Park. EMMY and the name given to the British female voice used in English translators. IVO Software became an official partner of the route, provided sound for our website. Thanks to IVONA all information on our website will also be available for blind people, people with poor eyesight, and also will make it easier to get to know the website without the need to stare at the screen for hours.