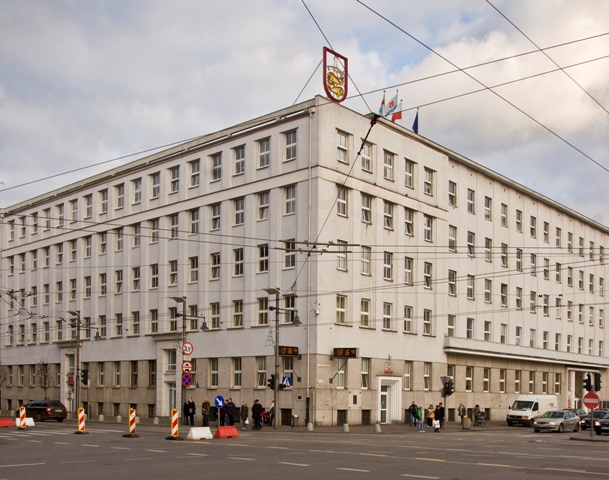 This impressive building, which initially housed the Government Commission /Komisariat Rządu/, was built in two stages. Its first part was put into use in 1930, while the second wing was built on in 1937. Architect Jerzy Müller used a clearly vertical composition arrangement. Inside the building, in the third floor corridor, we can still see e.g. a pre-war wooden bench, in the Town Hall lounge there are impressive tables from the interwar period. The building used to house not only offices, but also an apartment of Government Commissioner – Franciszek Sokół who held this position since 1933. At present, the building houses the seats of Gdynia City Council and Mayor of Gdynia.